Today I came upon TheKorean Cultural Centre in London. They are currently running a free ceramics exhibition based on ‘Moon Jars’. The Exhibition showcases some beautiful work of four leading UK potters and a Korean artist; Adam Buick, Jack Doherty, Akiko Hirai, Gareth Mason and Yee Sookyung. I can understand the interest in the moon jar as inspiration. The works have an inherent beauty in the form and colours.

“The exhibition explores a contemporary response to the Moon Jar and its symbolic position in Britain today. The artists have each been invited to present their work alongside the historic vessel, re-contextualising it through their individual ceramics practice.” 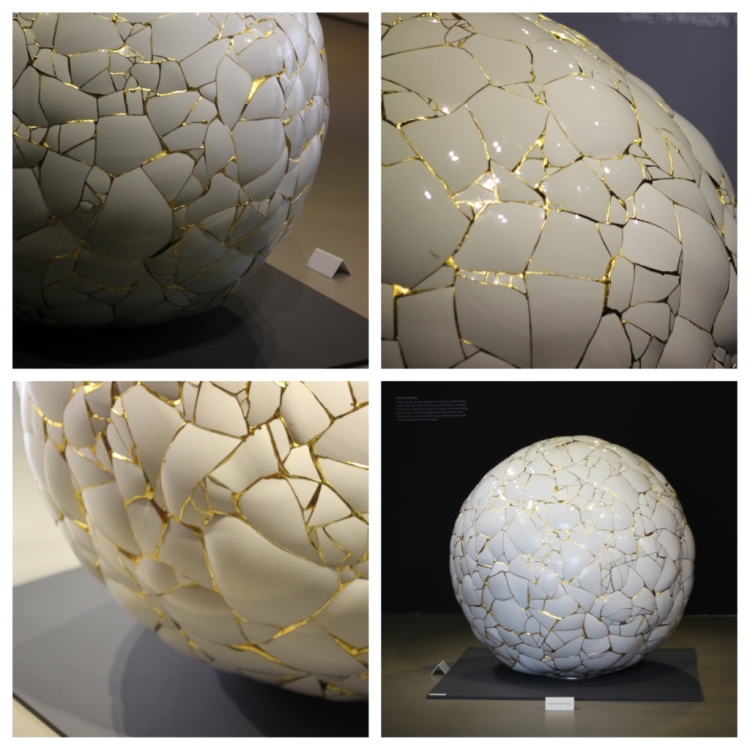 “Yee Soukyung- originally, the ceramic masters were trying to make perfect works of art. But what I’m trying to do is to literally ‘translate’ the work by collecting pieces of broken vases and mending their ‘wounds’. A brown ceramic piece finds another piece and thy rely on each other. the crack, which symbolises the wound, is emphasised by the gold.”</em<br/<br/ 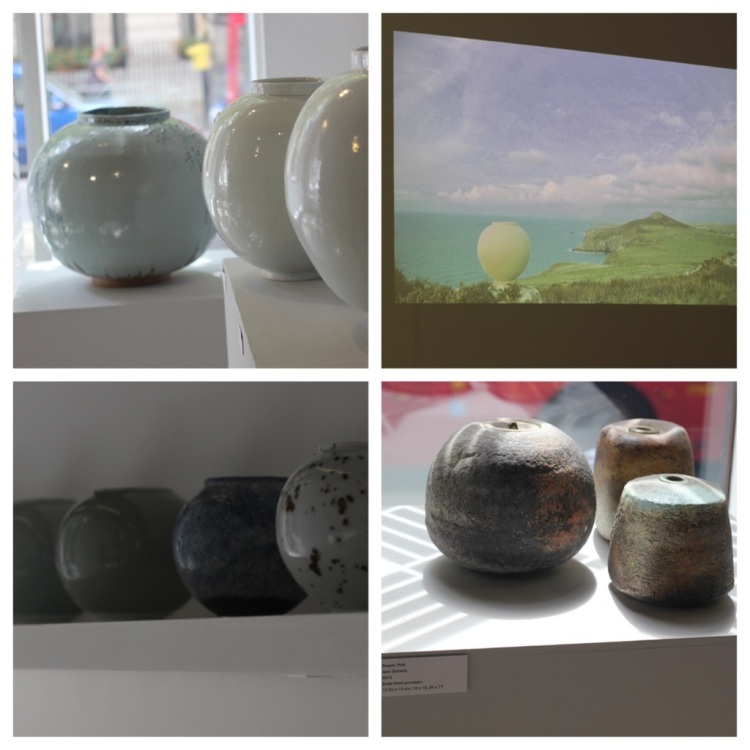 Moon jar
From Wikipedia, the free encyclopediaKorean name, Hangul 달항아리 / 백자대호, Hanja none / 白磁大壺, Revised Romanization dal hangari / baekja daeho
McCune–Reischauer tal hanari /paekcha taeho
Moon jar is a type of traditional Korean white porcelain which was made during the late 17th through 18th century, the late period of the Joseon Dynasty (1392-1910). The name comes from its shape and milky color of the glaze to remind of full moon. It has inspired many artists such as Kim Whanki and Bernard Leach 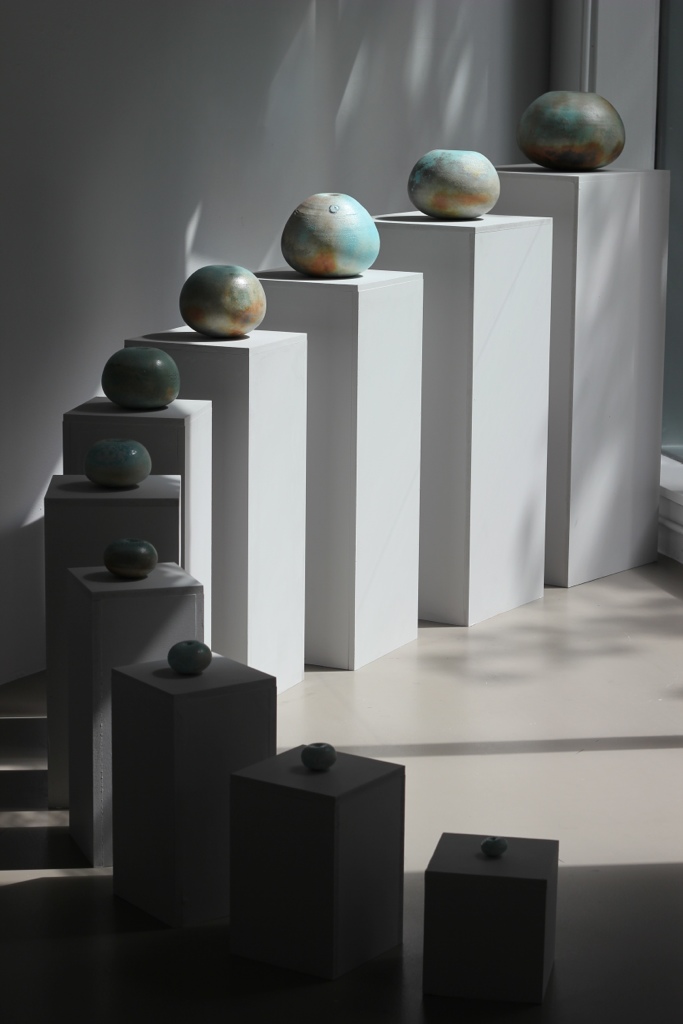 Photographs taken with permission of The Korean Cultural Centre.

East sussex based artists, photographer and art teacher. Inspiration, Education and Wellbeing and the core of The Arts School where I teach a range of courses to develop your confidence, knowledge and skills. My own work reflects the world around me. I love collaboration so contact me to see how we can work together www.sophiedouglas.org.uk View more posts

This site uses Akismet to reduce spam. Learn how your comment data is processed.